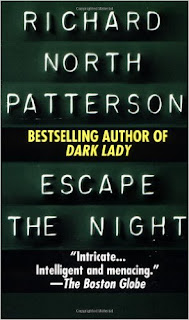 Interesting plot, however let down by a dated style.

Being an ardent Richard Patterson fan, I picked up unmindful of what the story was. I was disappointed. This seems like Patterson's earlier novels.

The story is about a publishing magnate family, the Careys and how events within the family and outside changes their fortunes.
Peter Carey, heir to inherit a publishing empire, carries ghosts of his past. He suffers from nightmares after surviving an accident that killed his parents. The accident left his psyche so deeply hurt that it effects his future relationships as well. Now as he stands to take over his inheritance, there are forces that want to stop from getting to the helm.

What works:
What doesn't:

I was surprised the good reviews that this book has got on other sites. I don't know what they got that was lost on me. However, I will stick to my feelings and maintain my stand.

Patterson has many others which are more enjoyable that this one. This one just did not work for me.